Love Joy Music was originally founded in the fall of 2012 as Brand-Helvig Music and Wellness, LLC.  It is the passion and vision of Erin and Stephen Brand.  Erin Helvig and Stephen Brand met in 2009 at East Carolina University.  Stephen was in his second year of his graduate study in vocal performance.  Erin was in her first year of her graduate study of Music Education and was completing her music therapy equivalency.  They met in a music therapy class and by the end of the semester, they were in love.  They were married in May 2011.  During Erin's six-month music therapy internship in Cape Girardeau, MO, she learned about Music Together® from a fellow music therapist.  In February of 2012, Erin and Stephen completed the three day teacher training for Music Together.  They listened and sang with the CD all the way home from PA.  They were excited and inspired by the beautiful vision of Music Together.  By the fall of 2012, they opened their own center in Greenville, NC.  Over the years, they have met amazing families, participated in awesome musical moments, and grown as musicians.  After the birth of the son, Ronan in 2014, Music Together took on a whole new dimension.  Music Together was now more personal.  They used lullabies learned from their classes to soothe their newborn during heel sticks and extra time with doctors due to jaundice.  Playing Music Together songs became a nightly ritual as they put their infant to bed at night or when they had to wake up in the middle of night!  It was a wonderful bonding experience that brought them closer together.  They have watched their son and now their daughter move through their own music development journeys.  They are so thankful to Music Together for creating the structure for this amazing experience.

Since meeting Erin and Stephen have been looking for more ways to bring music to Greenville.  Stephen created the choral program at Pitt Community College and started a Steel Pan band.  They have taught flute, voice, and guitar lessons.  Stephen conducts multiple ensembles in Pitt and Beaufort Counties.  We want to bring more love, joy and music into our lives and the lives of those in Eastern NC.  We are Love Joy Music and we want to serve our neighbors from their first day to their last with quality music experiences.  We want to bring lullabies to babies, swing dancing to toddlers, drumming to school kids, singing to grownups, and boogieing to elders and MORE!   We want to bring health and harmony to everyone in Eastern NC. 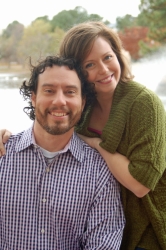 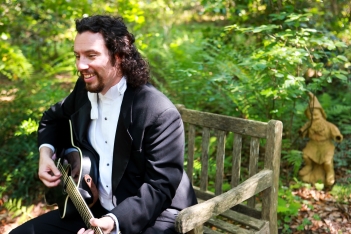